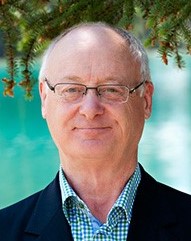 In 2015, media outlets across China reported twelve major incidents of physical violence committed against medical professionals in a span of just twenty days. One incident involved a physician being beaten by relatives of a critically ill patient; another involved a patient lacerating an otolaryngologist’s left eye; and a third reported an oncologist being doused with gasoline and burned by a patient (China News Service, June 18, 2015). What was once regarded as the most prestigious profession in China (Lin & Xie, 1988) has become accused of pervasive impropriety and deviance from important societal norms and values. This presentation explores how and why this dramatic fall from grace happened, asking ‘What is the process by which a profession becomes stigmatized?’ Understanding the stigmatization of professions seems particularly timely given increasing reports of professional misbehavior suggesting that the risk of professions being stigmatized is becoming a more widespread phenomenon.

Royston Greenwood graduated from the University of Birmingham in the UK. He is currently Professor Emeritus at the University of Alberta, Canada, and Visiting Professor at the University of Edinburgh. In 2010 he was elected a Fellow of the Academy of Management and in 2013 Honorary Member of the European Group for Organization Studies (EGOS). He received the Distinguished Scholar Award from the Organization & Management Theory Division of the Academy of Management in 2014, the Greif Prize from the Entrepreneurship Division in 2012, and the Pasmore-Woodman Award from the Organization Development & Change Division in 2015. His work has appeared in several major journals and he has published or edited several books including the SAGE Handbook of Organizational Institutionalism. For much of his career, the empirical context of his research was ‘professional service firms’. Lines of inquiry included understanding ‘professional partnerships’ as a particular form of governance and organization. More recent projects include analysis of refugee camps as a distinctive organizational challenge, and institutional conditions that enable sustained corporate wrongdoing and corruption.